GGSIPU Vs DU: 5 Reasons Why It Makes No Sense To Compare The Two 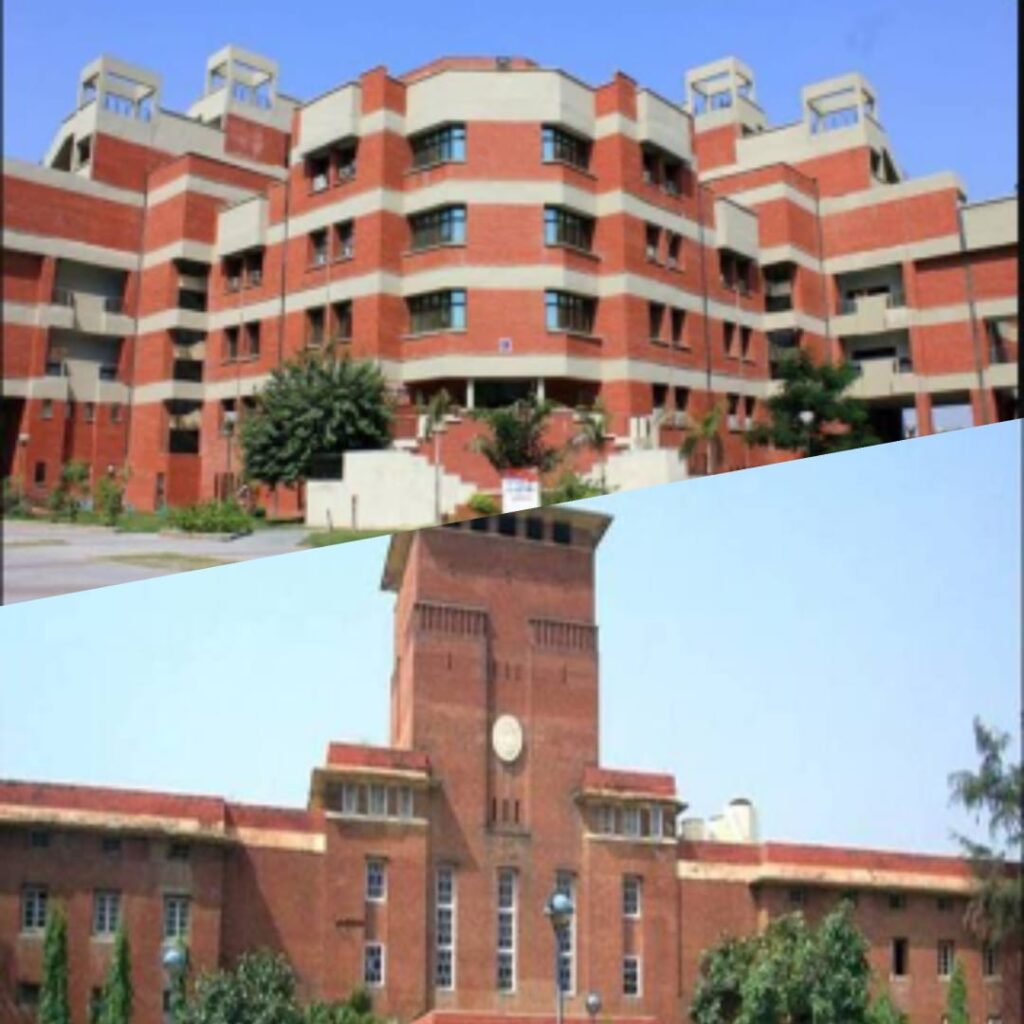 What if I tell you to comment on “GGSIPU vs DU”? Makes no sense, right?

Delhi University has its main campus located in South Moti Bagh, New Delhi. It was established as a unitary, teaching, and residential university by an Act of the then Central Legislative Assembly of British India.

GGSIPU was established as Indraprastha University (IPU) by the Govt. of NCT Delhi as a state university under the provisions of the GGSIPU Act, 1998.

Also Read: GGSIPU Reopening? Here’s All You Need To Know.

Let’s have a look at 5 main reasons which will reveal why is it not logical to compare DU with IPU:

• Difference in Courses of DU and GGSIPU

Both DU and IPU offer a large variety of courses to their students to choose from. DU has a total of 571 courses available currently. IPU provides 1797 different courses (with over 120 colleges affiliated with it). Unlike GGSIPU, Delhi University doesn’t offer professional courses like B.Tech, BBA, BCA, etc. Although DU consists of 77 colleges with 500+ courses, it mostly has only those courses in which specialization can be done.

Delhi University admits students on the basis of their CBSE/AISSE examination results and sets its cutoff percentages in accordance with the same.

On the other hand, Guru Gobind Singh Indraprastha University conducts its own Common Entrance Tests (IPU CET) for each course. On this basis, students become eligible for admission to different colleges and streams.

This point is a shred of major evidence in support of ruling out the IPU vs DU agenda.

Suggested For You: 10 Highest Placement Offers In GGSIPU Colleges

• Both DU and GGSIPU are run by Different Organisations

Many times, GGSIPU is wrongly mentioned as a ‘private’ institution. IPU basically comes under the Govt. Of NCT of Delhi as a state university with the Honourable Lieutenant Governor of Delhi’s presence in convocations and felicitations.

Delhi University is a public university primarily aided by the Central Government with the Vice President of India as the Chancellor.

Thus, GGSIPU is a Delhi Government’s Institution while DU is run by the Central Government.

• Variation in Fee Structure for both Institutions

The system and structure of fees in these two universities are also very unalike.

While Delhi University charges approximately the same minimal fees from the students of all its colleges, GGSIPU has a slightly varying pattern.

IPU has almost the same fees for most of the colleges located on its university campus. But for the Affiliated Institutions (these are the private colleges but still get a degree similar to that of GGSIPU), the fee setup is different and is controlled by the State’s Fee Regulation Committee, which is the same throughout the affiliated colleges.

• A Few Common Courses but Dissimilarity in Specialization

Both DU and IPU have a huge number of courses, a few of them being common.

For instance, courses like MBA are offered by both universities. MBBS is offered mutually by both the universities with the help of each other.

All in all, there are many other similar courses offered by both the colleges but each of them has an upper hand in one or the other field. so there is no actual parameter to compare and decide which one is better.

Thus, there is nothing like an actual and fair variable that can help us tell the winner of this comparison. Your choice of preferring one of these two famous universities is completely dependent on the kind of college environment you desire, how much you have scored in your CBSE/entrance exams, and what course you want to pursue in the future.