Some Memes Which Defined The WhatsApp, Instagram Outage Yesterday 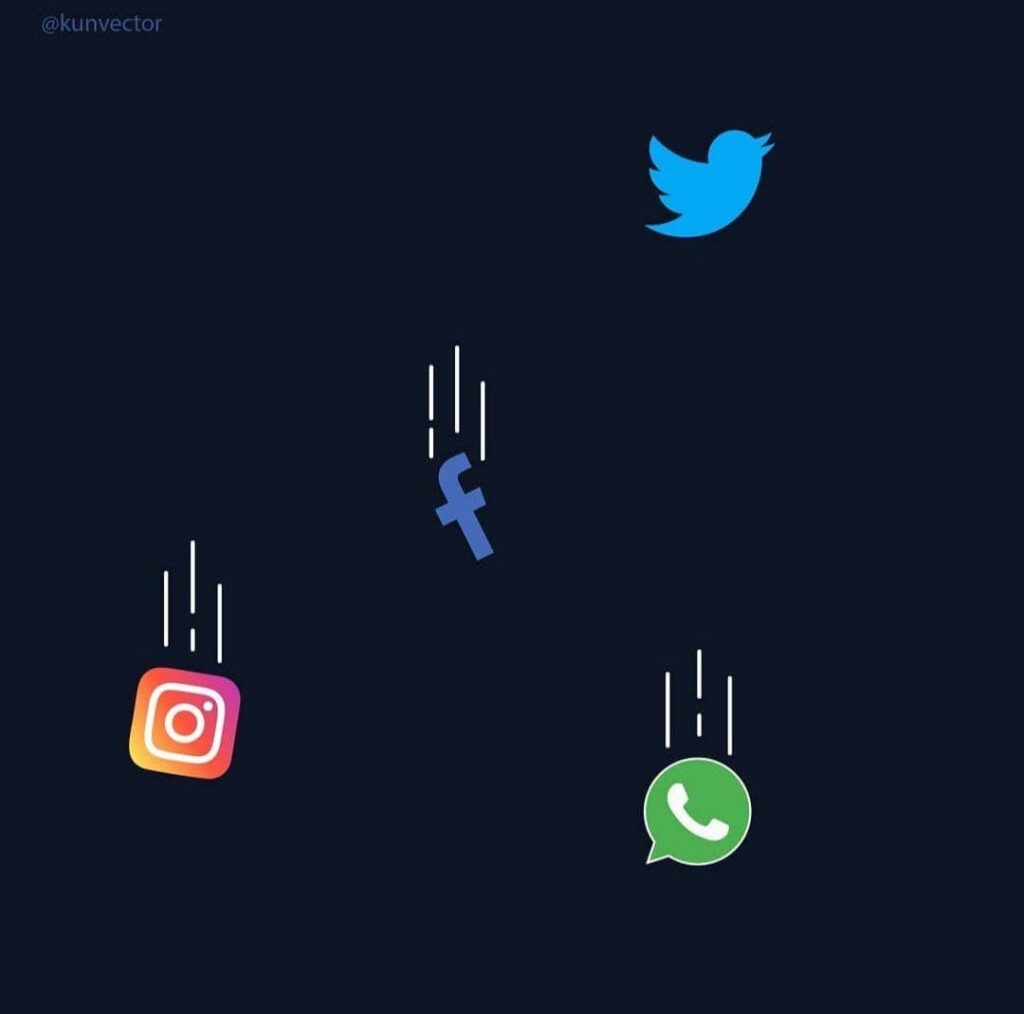 On Friday night, major social media platforms WhatsApp and Instagram were down for almost an hour after 11 PM IST. Some people also reported issues with their Facebook and Facebook Messenger apps. While these widely used apps were not working, people immediately took over Twitter to make sure that they are not the only ones to face this issue. After knowing that the Instagram, Whatsapp outage had happened globally, people were quick to share their experience about the whole situation with the help of various trending memes.

Also Read: 10 Free Google Certifications To Add In Your Resume

Some users joked about how people rushed to the only remaining major social platform, Twitter to check on Whatsapp and Instagram. 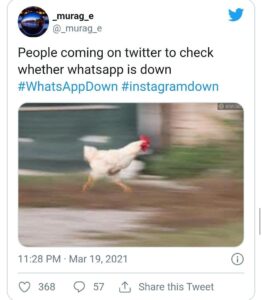 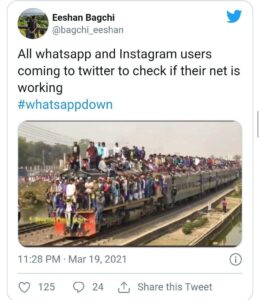 While some people were quick enough to understand that the problem does not lie on their end, most were quick to blame their internet connection or phone at first. They also jumped on the meme trend to share their reaction to the Instagram, Whatsapp outage. 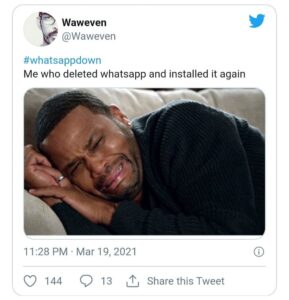 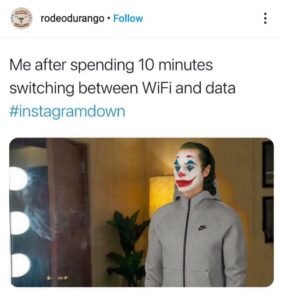 While the users were busy in discussing their experience, many brands were quick to use this outage to their own advantage by advertising themselves.

The official Twitter account of Paytm took a dig on monopolies and said, “Your Internet is fine. It’s the apps. Now you know why monopolies are a bad idea.”

Suggested For You: Being A Fresher Student in the COVID Era

Similarly, Kitkat playing with the words of its official tagline, tweeted, “Looks like Mark Zuckerberg is having a break😉🍫 #whatsappdown”.

Moreover, the recent competition between Telegram, Signal and Whatsapp also prompted some Twitter users to make a few jokes about how this WhatsApp outage must be affecting those companies. 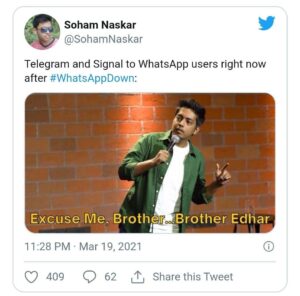 The Official account of Signal also took up the opportunity and tweeted, “Signal registrations are through the roof; welcome everyone! Solidarity to the folks working on the WhatsApp outage. People outside of the tech industry will never understand how weird it sounds when someone says that they are “looking forward to some weekend downtime.”

After almost an hour later, the apps were back on and everyone sighed with relief. The WhatsApp twitter account gave  out this information by tweeting, “Thanks for your patience, that was a long 45 minutes but we are back! #WhatsAppDown”

Similarly, Instagram also tweeted that it has fixed the issues that some people were facing. Neither social media platforms have specified why the outage happened in the first place, but to sum it all up, this meme perfectly defines all of us once the apps started working again: 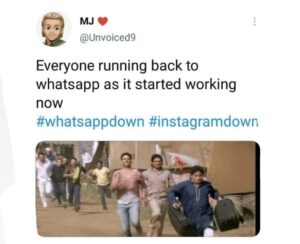 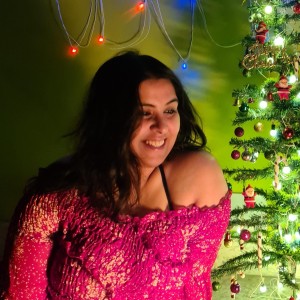