‘Man Of All Seasons’ Mukherjee Passes Away At 84 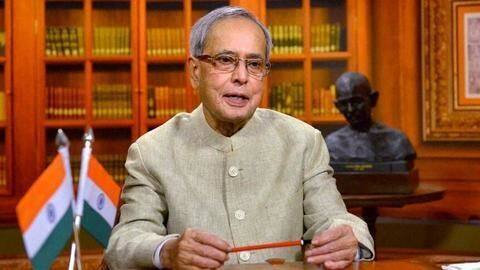 Congress party’s Man for All Seasons, whose services were often required for crisis management because of his intimate knowledge of both government and the party. Mukherjee’s career started as a junior minister in Indira Gandhi government in the 1970s and ended when he demitted office as President of India in 2017.

Holding  almost every important ministerial portfolio at some point, he was a five time Rajya Sabha and twice of Lok Sabha, Mukherjee was the unchallenged authority on parliamentary procedure and laws.

The only position he did not hold was that of PM, which according to him was he well deserved. In 1984 when Indira Gandhi was assassinated, Mukherjee felt that as the most senior minister and by far the most qualified, he was the obvious candidate to take her place. He did not comprehend that Rajiv Gandhi, then a political novice who was not even a minister, would be his party’s natural choice. In 2004, after the UPA victory when Sonia Gandhi declined to be Prime Minister, Mukherjee again assumed that he was the obvious candidate. Instead, Sonia selected Manmohan Singh, a man who had once worked under Mukherjee as RBI Governor when he was Finance Minister.

Apart from being Leader of the House during Manmohan Singh’s tenure, Mukherjee held at different times the three top portfolios — Defence, External Affairs and Finance .As External Affairs Minister, he oversaw the signing of the US-India Civil Nuclear Agreement with the Bush government. Mukherjee had also held the Finance portfolio under both Indira Gandhi and Manmohan Singh.

The late Arun Jaitley named Mukherjee as unquestionably the man he admired most in the Congress party.

You may also like to read Are We Really Who We Call Ourselves To Be?

Son of a freedom fighter, after completing his MA in Political Science and obtaining a degree in law, Mukherjee was a college lecturer for a short while. He caught Indira Gandhi’s attention when he acted as a polling agent for Krishna Menon who won the Midnapore by-election as an independent in 1969. Mrs Gandhi brought him to Delhi and made him a Rajya Sabha MP. Shortly afterwards, he became a deputy minister.

A criticism that harassed Mukherjee was that his detractors described him as a pipe-smoking armchair politician because of his long years in the Upper House. Late in life, he proved he could also be a grassroots politician by winning the Lok Sabha elections from Jangipur in 2004. He was re-elected from the constituency in 2009, an achievement that he was very proud of.

Pranab Mukherjee was awarded India’s highest civilian honour, the Bharat Ratna in 2019 by the President of India, Ram Nath Kovind.

Mukherjee ended his affiliation with the Indian National Congress and retired from active political life following his election as President in 2012. The Economic Times had noted: “[the] decades of activity in critical all-rounder roles make [Mukherjee’s] exit both a structural and generation shift. With him, the last of the Congress triumvirate – along with Rao and R. Venkataraman – who formed the core team of Indira/Rajiv regimes bows out. While Rao became PM, Pranab’s political marathon too ended where Venkataraman’s did, at the Rashtrapati Bhavan.”