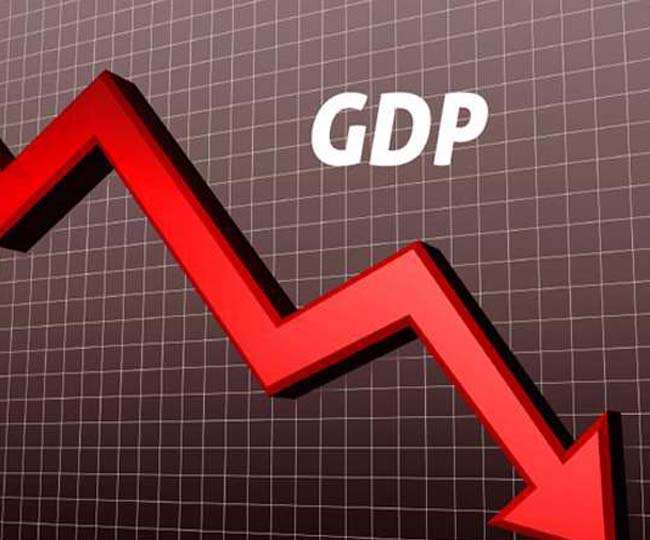 India’s Gross Domestic Product (GDP) for the April-June quarter (Q1) slipped by a sharp 23.9 per cent, as per provisional estimates released by the Ministry of Statistics and Programme Implementation (MoSPI) on Monday. The GDP had expanded by 5.2 per cent in the corresponding quarter of 2019-20.

The June quarter GDP data is the worst contraction in the history of the Indian economy mainly because the central government on March 25 had ordered a complete lockdown of most of the manufacturing and service sectors owing to the spread of COVID-19. Only essential services such as food items and medicines were allowed during this period as the country tried to curb the spread of the virus across the country.

As per the data by the National Statistical Office (NSO), all key sectors except agriculture witnessed contractions, with construction witnessing a drop of a whopping 50.3 percent while the manufacturing industry saw a 39.3 per cent fall. Apart from these two industries, electricity, gas, water supply and other utility services slipped 7 per cent. Trade, hotels, transport, communication and services related to broadcasting contracted 47.0 per cent.

Only the agriculture, forestry and fishing industry witnessed a growth of 3.4 per cent in the June quarter, the data showed.

The UK’s economy contracted by 20.4 per cent in Q1, while the Chinese economy grew by 3.2 per cent.

You may also like to read NEET-JEE Exams: 7 Arrested For Gambling On Exam Dates

The year-on-year GDP contraction during the June quarter (Q1FY21) is India’s worst growth performance since the country started reporting quarterly GDP data in 1996.

Industry body FICCI’s latest Economic Outlook Survey had pegged India’s growth in first quarter of 2020-21 at -14.2 percent and growth for overall financial year 2020-21 at -4.5 per cent.

Soumya Kanti Ghosh, Group Chief Economic Adviser at the State Bank of India had said that India’s real GDP growth for Q1 FY21 would now be around -16.5 per cent.

State Bank of India expected India’s GDP to contract 16.5 per cent in the April-June quarter from the earlier expected 20 per cent. In its earlier Ecowrap report in May, SBI had estimated Q1 FY21 GDP contraction at over 20 per cent.

Abheek Barua, Chief Economist at HDFC Bank, expected GDP growth to contract 21 per cent in June quarter compared to a growth of 3.1 per cent in the March quarter.

(With inputs from Indian Express, India today and others)