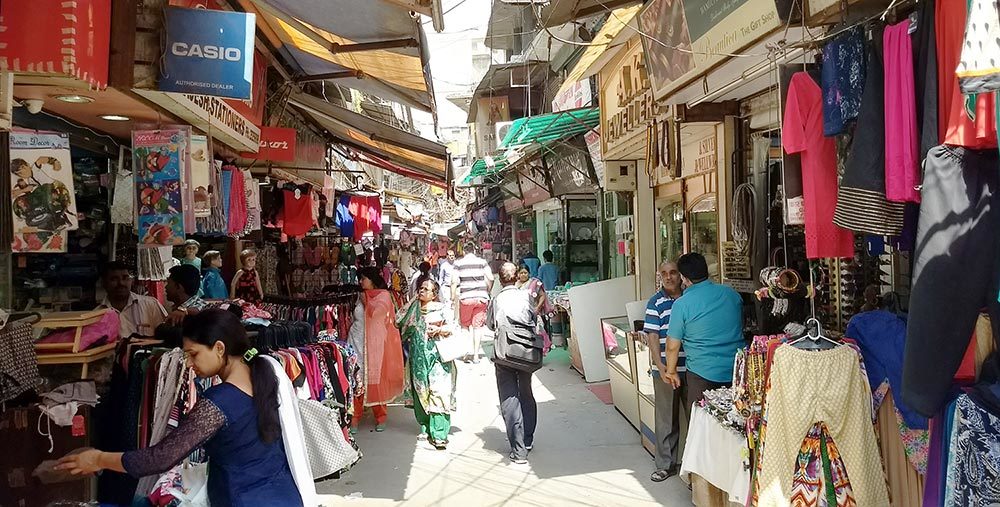 Rs 35,000 crore allocated for COVID-19 vaccine. The government could also increase a health tax from the current 1% of income and corporate tax to fund the new programme.

All private vehicles beyond 20 years and commercial vehicles older than 15 years old will have to undergo a fitness test. The proposal is expected to offer a boost to the auto sector, both for CVs and private vehicles. Auto shares surged after the announcement.

Rs 1.10 lakh crore allocated to railways, of which Rs 1.7 lakh crore is for capital expenditure.

The DFI will have statutory backing and Rs 27,000 crore capital. To differentiate it from DFIs that existed in the past, she said the DFI will be professionally managed.

The proposed DFI will be used to finance both social and economic infrastructure projects identified under the National Infrastructure Pipeline (NIP), according to finance ministry sources.

FDI in insurance sector proposed to be hiked to 74% from 49%.

The government plans to sell part of its holding in Life Insurance Corporation of India through an initial public offering in the coming year. An amendment to the existing Act to facilitate the public offer, says FM Nirmala Sitharaman

The government has announced an independent gas transport system operator for booking and coordination to ensure for unbiased allocation of natural gas transportation capacity.

Impact: The government aims to address concerns of bias in the allocation of gas transportation capacity by players such as GAIl involved in both the supply and transportation of natural gas.

Definition of small companies to be revised by raising capital base from 50 lakhs to Rs 2 crores. The threshold of maximum turnover increased from Rs 2 crore to Rs 20 crore.

Rs 1,500 crore allocated for in order to promote a digital mode of payment

Special scheme for the welfare of women and children in Assam and West Bengal. Rs 1,000 crore for Bengal, Assam tea workers

India’s fiscal deficit is set to jump to 9.5 per cent of Gross Domestic Product in 2020-21 as Revised Estimates presented by Finance Minister Nirmala Sitharaman today. This is sharply higher than 3.5 per cent of GDP that was projected in the Budget Estimates. Slump in government revenues amid the Covid-19 pandemic has led to a sharp rise in deficit and market borrowing.

The government plans to borrow another Rs 80,000 crore to fund the deficit this year. Gross market borrowings for next year has been pegged at Rs 12 lakh crore. A new roadmap for fiscal consolidation has been announced in the budget

FM Sitharaman proposed an increase in agriculture credit target to Rs 16.5 lakh crore. “The MSP regime has undergone a change to assure price that is at least 1.5 times the cost of production across all commodities. The total amount paid to paddy farmers surged to Rs 1.72 lakh crore in 2020-21.”

You might want to read: GGSIPU & JNU Organise An International Conference

Finance Minister to put disinvestment receipts at Rs 1.75 lakh cr for the fiscal year beginning April 1, 2021. Two PSBs and one general insurance company to be divested, legislations amendments to be introduced in this session.

Allocation to rural infra development increased to Rs 40,000 cr in next fiscal from Rs 30,000 crore in FY21

Elderly exempted from filing tax. It has also announced a halving of the time frame for reopening of income-tax assessment cases from 6 years to 3 years. For reopening of serious tax evasion cases up to 10 years, the government has put in a monetary limit of cases involving over Rs 50 lakh in a year. This is expected to reduce instances of tax harassment of income taxpayers.

NRIs to be spared from double taxation.

NRIs allowed operating One Person Companies in India. Non-resident individuals with entrepreneurial potential are now enabled to set up One Person Companies (OPC) with no paid-up capital and turnover restrictions, reducing registration timeline from 182 days to120 days. Earlier only Indian resident citizens were permitted to set up OPCs. This would be attractive to the Indian Diaspora

Customs duty on some auto parts raised to 15 per cent.

Rs 1.5 lakh deduction on payment of interest for affordable housing extended by 1 year.

Social security benefits to be extended to gig and platform workers. Minimum wages will apply to all categories of workers and will be covered under ESIC.

This will impact around 15 million gig workers in India, in addition to online platform providers across sectors such as transportation (Uber and Ola), food delivery (Swiggy and Zomato), and the contract workers in IT and software firms,

Some Reactions On The Union Budget:

This BJP government reminds me of the garage mechanic who told his client, “I couldn’t fix your brakes, so I made your horn louder.” #Budget2021

“The FM could have been brave but chose to be timid. The nation needed a bold budget and more direct transfers to the weaker sections to revive demand, restart job creation,” senior Congress leader and Deputy Leader of Opposition in Rajya Sabha Anand Sharma tweeted.

Congress spokesperson Manish Tewari also alleged that the budget was a “national monetisation plan — shorthand for National Sell out” and there was “no central focus in Budget”.

The TMC lashed out at the Centre over the Union Budget on Monday, saying it was 100 per cent “visionless” and its theme was “sell India.” The remarks came after Finance Minister Nirmala Sitharaman read out the Union Budget speech in the Lok Sabha. “India’s first paperless budget is also a 100% visionless budget.

“Today’s Budget is a vision of “Atmanirbhar Bharat and provides new opportunities. Budget 2021 will spur growth and will give a boost to India’s self-reliance. This has focused on strengthening ease of living,” Prime Minister Narendra Modi said.

(All inputs from Indian Express)