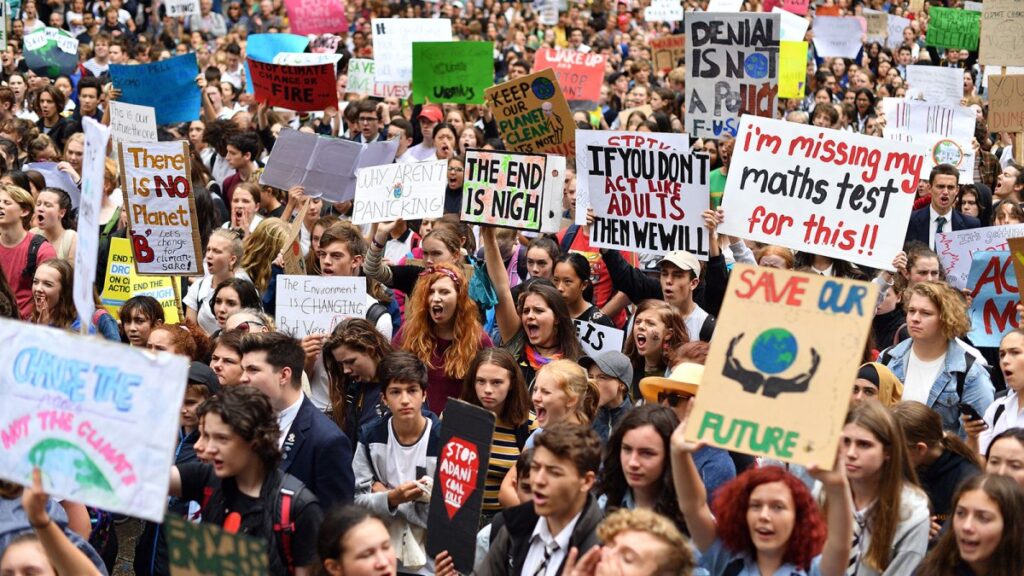 Anyways, my point is how late is it too late? How do we define it late? What is late?

Metronome’s digital clock in Manhattan tells time in 15 digit numbers. Its digital display once told the time in its own unique way, counting the hours, minutes, and seconds (and fractions thereof) to and from midnight. But for years observers who did not understand how it worked suggested that it was measuring the acres of rainforest destroyed each year, tracking the world population, or even that it had something to do with pi. 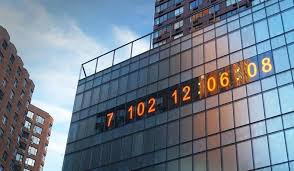 On Saturday Metronome adopted a new ecologically sensitive mission. Now, instead of measuring 24-hour cycles, it is measuring what two artists, Gan Golan and Andrew Boyd, present as a critical window for action to prevent the effects of global warming from becoming irreversible.

On Saturday at 3:20 p.m., messages including “The Earth has a deadline” began to appear on the display. Then numbers — 7:103:15:40:07 — showed up, representing the years, days, hours, minutes, and seconds until that deadline. Artists said it was based on calculations by the Mercator Research Institute on Global Commons and Climate Change in Berlin — began ticking down, second by second.

“This is our way to shout that number from the rooftops.” Mr. Golan said just before the countdown began. “The world is literally counting on us.”

The Climate Clock, as the two artists call their project, will be displayed on the 14th Street building, One Union Square South, through Sept. 27, the end of Climate Week. The creators say their aim is to arrange for the clock to be permanently displayed, there or elsewhere.

Mr. Golan said he came up with the idea to publicly illustrate the urgency of combating climate change about two years ago, shortly after his daughter was born. He asked Mr. Boyd, an activist from the Lower East Side, to work with him on the project.

To describe the project, Mr. Golan and Mr. Boyd have created a website, climateclock.world. It includes an explanation for the Climate Clock numbers, including a link to a report by the Intergovernmental Panel on Climate Change, the United Nations body that assesses the science related to climate change.

The report, issued in 2018, said global warming was likely to reach 1.5°C over preindustrial levels between 2030 and 2052 if it continues at the current rate. 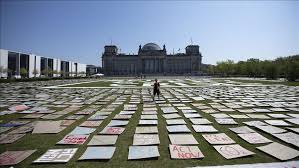 Scientists, doctors, experts have been warning of deteriorating climate for nearly 3 decades and politicians have not paid heed and for like the past half a decade climate has begun an international agenda. Ecosystems have been destroyed over and over in the name of ‘Development’ and advancing civilization. Destroying the very niche of civilization, how is this advancement?

And now that this clock is up, the agenda is again on the table for International media to cover, for people to debate and raise alarms on and for politicians to politicise on.

27th September is celebrated as Global Climate Strike Day, worldwide. On this day people gather on the streets and talk about climate, aloud. For politicians to not just pay heed and politicise on but also pay heed and do something. It’s a capitalistic world, right? Which means we have capital, which is basically funds. Then when we use these funds to advance human civilization, we can also direct these funds to strengthen the very nature which upholds and makes the survival of human civilization possible, climate, and nature.

(With inputs and sources from The Washington and New York Times)

Read More: Delhi Riots: A case or a ploy?