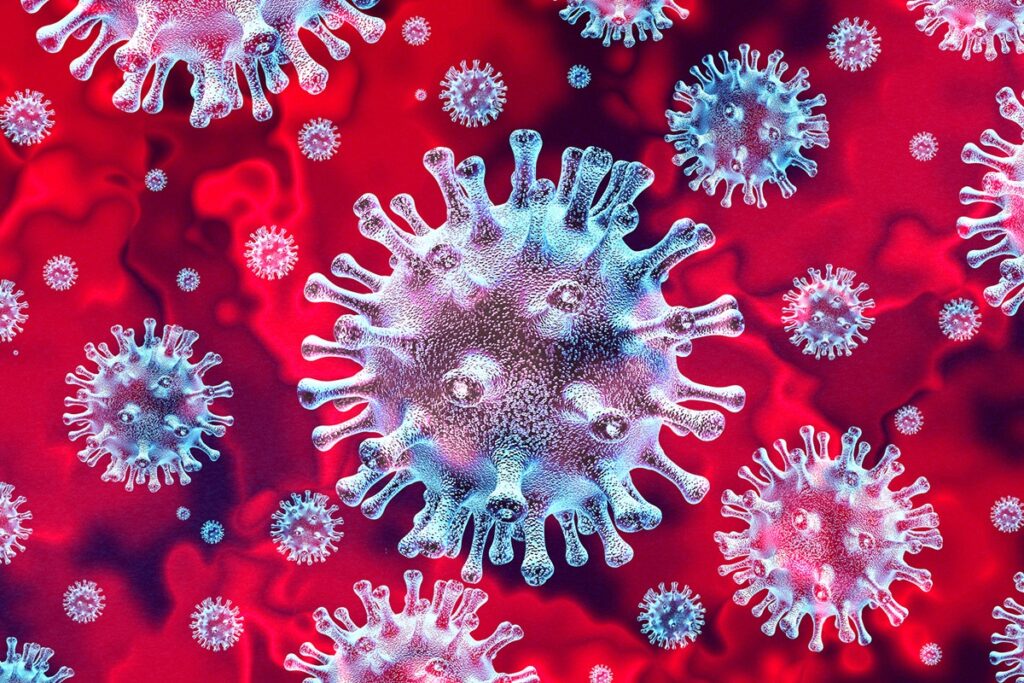 The World Health Organization declared that the “COVID-19 can be characterized as a pandemic,” which is defined as the spread of a new disease worldwide, for which most people don’t have immunity. *image of the tweet*

50 days after the virus was first reported in India, a 14-hour voluntary lock down called ‘Janata Curfew’ was observed in India.

India reported a total of 360 cases and tested a total of 16,021 individuals until the Janata Curfew. The test positive rate (TPR) was around 2.2%. *image of empty spaces*

A nationwide lock down was imposed till April 14, two days after the ‘Janata Curfew’.

Migrant worker exodus begins from Delhi and other cities. *image of migrant laborers walking back*

The national capital’s Nizamuddin area, emerged as one of the COVID-19 ‘hotspots ‘ in India with a large number of attendees at a religious congregation held at the headquarters, or Markaz, of the Tablighi Jamaat, being tested positive. *images of the news reports on Tablighi Jamaat*

10,000 confirmed cases were recorded, as the nationwide lock down was further extended till May 3.

Liquor shops reopen across the country, with people making a beeline for outlets, throwing social distancing rules to the wind. Several liquor vends had to be shut only hours after they reopened as scores of people gathered outside, with police resorting to lathi charge to bring the situation under control in many areas across the country.

India with 85,940 cases overtook China in terms of the total number of cases reported.

Nationwide lock down further extended till May 31, making it one of the longest lock downs any country has imposed ever.

Phased reopening begins after 75 days of lock down, as India records more than 2,50,000 COVID-19 cases and 7200 deaths. At the start of the lock down, India had reported only 606 cases and ten deaths.

The Health Ministry includes loss of the sense of smell and taste among the symptoms of Covid-19. More than 10,000 new cases were reported.

India registered the highest-ever spike of 2,003 COVID-19 deaths as Maharashtra and Delhi added ‘backlog’ fatalities to their data.

Social Distancing Inside Examination Centres: How Far Is It Practical?

Phase 3.0 of Unlock comes into force, with the government allowing gymnasiums and yoga center to function, and revoking the night curfew order.

The Indian Council of Medical Research reports more than one million diagnostic tests for Covid-19, with India overtaking Russia in terms of total number of samples tested till now. With 34.5 million tests having been conducted till now, India ranks third in the world. Only China (90.4 million) and the United States (74.7 million) tested more.

Centre issues Unlock 4.0 guidelines, allows metro services to start from September 7, larger gatherings with 100 people allowed from September 21, while senior students can come to schools on a voluntary basis.

India reports a worldwide record for daily new cases, with 78,761 infections. The tally exceeds the one-day increase of 77,299 reported by the United States in mid-July. Covid-19 cases cross the 25-million mark globally.

First case of Covid-19 reinfection detected in Bengaluru. A 27-year-old woman who recovered from the infection contracts the virus again, in the span of a month.

India overtakes Brazil to emerge as the country with the second largest number of people infected with novel coronavirus, recording 41.13 lakh confirmed infections.

Metro services resume in a graded manner across the country as per Union Home Ministry’s Unlock-4 guidelines. Commercial metro services had stopped on March 24.

Serum Institute of India halts clinical trials of the Covid-19 vaccine candidate developed by University of Oxford as AstraZeneca pauses global trials after one participant develops a “potentially unexplained illness”.

The 18-day monsoon session of Parliament kicks off under the shadow of the Covid-19 pandemic, with Lok Sabha and Rajya Sabha members occupying seats in both Houses to ensure social distancing. More than two dozen MPs belonging to various parties tested positive, sources confirmed.

The number of confirmed cases of novel corona virus crossed the five million (50 lakh) mark on Tuesday, with the addition of more than 90,123 new detection. The last one million cases have been added in just 11 days. India closes the gap with the US, which has 6.8 million cases (68.77 lakh) so far.