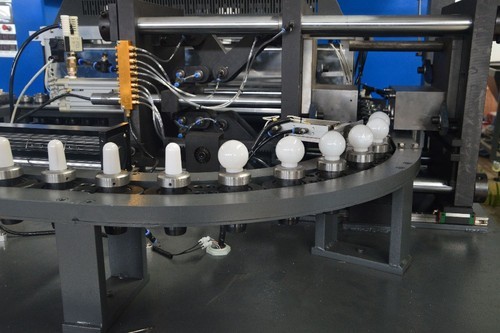 In these tough times of pandemic when unemployment is at its peak and the country is in ‘technical recession’, a 22-year-old college student has set an example by opening up livelihood opportunities. Rohit Bhattacharjee, a second-year student studying English Honours has opened an LED bulb manufacturing factory that employs 8 people.

The 22-year-old said that he discovered the idea after he ran into a problem with a dysfunctional LED bulb at his home in March.

With the announcement of lockdown, he struggled to get a replacement for the bulb and started watching YouTube videos on how to fix LED bulbs.

His interest soon began to develop and weeks later, he took some money from his family and set up a small LED bulb manufacturing unit at Algapur, a small village located in North Tripura, 150 km from the state capital.

“I want to illuminate every household of Tripura with affordable lighting solutions. I named my company RB Illuminations. I browsed YouTube to gain initial knowledge on making LED bulbs, invested around Rs 5 lakh to purchase equipment and machines, and set up a unit at an ancestral plot of land at Algapur in Dharmanagar of North Tripura. The factory is running well.”, he said.

Currently, Rohit’s business is going well. He said that he expects an annual turnover of Rs 2.5-3 lakh.

Rohit’s sales graph has rocketed even during such adverse times and he now employs 8 people, including a manager with 15 years of experience.

Three of his employees misplaced their jobs in Bangalore in the course of the pandemic, this young student gave them hope.

The student claimed his bulbs have more luminosity, are higher in quality, and carry a two-year guarantee which is far more than the other brands available out there.

“Hoping for a government job is fine. But I don’t think everyone should hanker after that. I firmly believe entrepreneurship should be explored as a career option as it has great potential for nation-building,” Rohit said.

(With inputs from TrueNewsHunt, Indian Express)