Television And Everything About 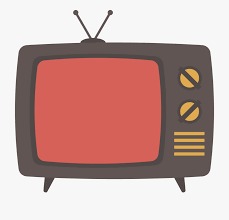 To any Gen Z out there, spoken word Poetry in the most layman terms is where a thought is translated to a poem, which often has a thought laced with the counterfeits of Urdu and Persian words. To young college-going students, ‘open mics’ are often one of the foremost places where they socialise and get drawn to the mesmerising world of poetry, what often lacks in spoken word poetry is the objective.

Initially, I thought I’ll put it all in quotes but content in question is just too blasphemous, let’s not go there. As a fact, flashing light and sound are amongst those number of factors that can trigger seizures. When I switch on the television, there are flashy colours, and loud sharp noise and its a lot of humans flailing their arms everywhere most probably trying to make a point.

I might as well diverted from the topic but coming back, the Indian Television News is a lot like spoken word poetry, flashy words, seizure-inducing.

You might want to read: Common Aptitude Test for DU, BHU, JNU

I have very blurred, hushed memories of Doordarshan, or people on the screen, reading news, and someone making hand gestures doing the sign language, which in later years came to my knowledge was the sign language. And I have equally clear memories of someone standing in front of a screen and yelling, flailing their arms and shouting, pointing and angry. I have a very blurred vision of my parents switching on the television, silently taking in what it said and switching it off and very clear memory of the same people, with the television on, taking in what it said and moments later typing on their phones and claiming that what they just said was just incorrect because other portals say completely different. 20 year of my existence, I went from my people relying on the television for the news to them cross-checking it from a 3rd place but at the same time.

Keith Rupert Murdoch, the 90-year-old owner of the News Corp, also known as the American Media Moghul. During the Presidential elections when Donald Trump was contesting against Hillary Clinton for the Presidentship of the United States of America, Rupert Murdoch was allegedly charged for vote manipulation leading to the Republican Trump winning the elections, post-elections there were reports which said that voters were manipulated into voting for Trump via Television broadcasts, and Murdoch allowed and was known to all of it happening. Months later in one of the interviews, Rupert Murdoch says that even if votes were manipulated via the television broadcast is because the television was paid enough for them to show a particular thing and they did and if the manipulation happened was not on television’s onus. They were paid to do so.

They were paid to do so. For something as a large entity as television, capital is of prime and the most foremost need for its function and run, for viewers do not pay for the news it consumes. Statistically speaking, let’s talk about a newspaper in perspective. A newspaper which costs us on average INR 2- 10 at max is a very subsidised cost, a newspaper in making takes a lot more in terms of cost of production. Similarly, for television, network providers now charge per channels from INR 2-15, which is nowhere even the near cost of how much it takes to produce the news. Readers do not pay for the news they consume. They do not consume the news they have to pay for. Anyways, where does the capital to produce the news comes from? Corporates or giants invest in the media houses for in order to promote their brand or entity which goes out in forms of advertisements. Now if someone invests somewhere, they do that with a perspective of having their interest catered to. And interests being of all kind also include ideological interest. And why not?

So far, what we have understood is that news is expensive, it needs to be paid for. User is not used to paying for the news. Someone has to pay for the news. Big giants invest in the news in order to promote themselves or to put out their interests which irreversibly is important that giants have their needs catered so for the industry thrives.

At this point, the question is what’s next or what’s ahead? The way I see it its 2-way road, number one where you pick a particular interest which aligns with your interests and consumes the news or number two, supports the independent media. Changing a radicalised, staunch and a rigid form of information dissemination for example like that of television is a far vision but surely not an impossible one. What one thing that’s both easy and possible and not as staunch and rigid and also a form of information dissemination is the Newspapers or the news dailies and the Independent News Portals which also serve as Digital Media Platforms.

Another point which comes up is that digital media platforms or the Independent News are not accessible to everyone due to lack of internet devices and lack of digital literacy, true. But here what needs to be understood is that as much as its important for every last bit of the mass to have the access to objective, fair information what’s more important is that a good part of a majority gets into a habit of consuming news that’s not interest-driven, that’s more fact-based and something that feels news and not a shouting rampant.