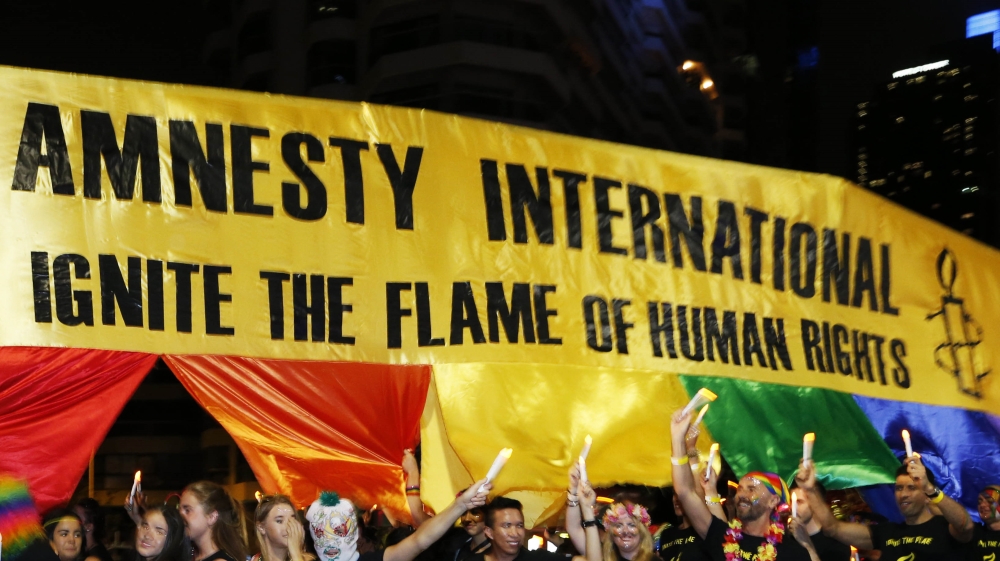 Open your newspaper any day of the week and you will find a story from somewhere of someone being imprisoned, tortured or executed because his opinions or religion are unacceptable to his government… The newspaper reader feels a sickening sense of impotence. Yet if these feelings of disgust could be united into common action, something effective could be done.

What are human rights?

Human rights are based on dignity, equality, and mutual respect – regardless of your nationality, your religion, or your beliefs.

What are the most basic human rights?

What is the Universal Declaration of Human Rights (UDHR)?

In 1948, following the traumatic events of World War II, representatives from the 50 member states of the United Nations banded together to create a list of the rights everyone around the world should enjoy.

Under the guidance of Eleanor Roosevelt, then-first lady of the United States and a politician, diplomat, and activist in her own right, the Universal Declaration of Human Rights (UDHR) was born.

Article 1 states: “All human beings are born free and equal in dignity and rights. They are endowed with reason and conscience and should act towards one another in a spirit of brotherhood.”

Why are we talking about this?

As per recent reports, After a successful eight-year run in India addressing several crucial human rights violations amid growing hostility and the government’s clampdown on civil liberties, Amnesty International (AI) India has decided to shut its operations in the country.

What is Amnesty International?

Amnesty International (also referred to as Amnesty or AI) is a non-governmental organization with its headquarters in the United Kingdom focused on human rights. The organization says it has more than eight million members and supporters around the world.

The stated mission of the organization is to campaign for “a world in which every person enjoys all of the human rights enshrined in the Universal Declaration of Human Rights and other international human rights instruments.”

Amnesty International was founded in London in 1961, following the publication of the article “The Forgotten Prisoners” in The Observer on 28 May 1961,  by the lawyer-Peter Benenson. Amnesty draws attention to human rights abuses and campaigns for compliance with international laws and standards. It works to mobilize public opinion to generate pressure on governments where abuse takes place. Amnesty considers capital punishment to be “the ultimate, irreversible denial of human rights.”  The organization was awarded the 1977 Nobel Peace Prize for its “defence of human dignity against torture, and the United Nations Prize in the Field of Human Rights in 1978.

In the field of international human rights organizations, Amnesty has the third-longest history, after the International Federation for Human Rights and the Anti-Slavery Society.

What does Amnesty International have to say about halting operations in India?

In a press statement, AI’s India office has said, “On 10 September 2020, Amnesty International India came to know that all its bank accounts were completely frozen by the Enforcement Directorate bringing most of the work of the human rights organization to a grinding halt.”

It blamed ‘reprisal’ from the government for winding down its operations, adding, “This is latest in the incessant witch-hunt of human rights organizations by the Government of India over unfounded and motivated allegations.”

Their most recent contributions were two exhaustive reports on the situation in Jammu and Kashmir and the riots in Northeast Delhi. On August 5, 2020, marking the first anniversary of the dilution of Article 370 of the Constitution of India, the organization released an update on the situation of human rights in Jammu and Kashmir. And within days, on August 28, 2020, six-months after the riots in Delhi, AI India released an investigative brief on the complicity of Delhi police in the violence, which claimed the lives of at least 53 people, mostly from the minority Muslim community. The release of the two publications, the organization says, “Has provided fresh impetus to the establishment to harass and intimidate Amnesty International India through its investigative agencies.”

AI India first ran into trouble in 2016, when during an event held as a part of a campaign based on the report “Denied: Failures in accountability for human rights violations by security force personnel in Jammu and Kashmir”, students from the right-wing group Akhil Bhartiya Vidyarthi Parishad (ABVP) had created a ruckus. An FIR was filed against AI India the following day, including sedition charges, and the organization had to keep its Bangalore and Delhi office shut for a few days fearing violence.

The organization continued to face many cases and raids, and on October 25, 2018, AI India endured a 10-hour-long raid as a group of officers from the ED entered its premises and locked the gates behind them. Most of the information and documents that were demanded during the search were already available in the public domain or filed with the relevant government authorities. The residence of the then executive director Aakar Patel was also raided.

Not just the ED, the Department of Income Tax was roped in too. In early 2019, the IT department began sending “investigative letters” to more than 30 small regular donors. While the department did not find any irregularities, the investigating agencies’ move adversely affected the fundraising campaigns, AI India has said.

Each time the organization put out a statement or took a public stand, they have been hounded. AI India points to an incident on April 13, this year when they had called on the Uttar Pradesh government to stop its intimidation of journalists through the use of repressive laws during a pandemic. Within two days, the Cyber Crime Police Station in Lucknow notified Twitter to furnish information about Amnesty International India’s Twitter account @AIIndia. This Twitter handle, Amnesty says, is used to monitor and analyze developments in international human rights law and Indian constitutional and criminal law related to human rights issues.

(With inputs from The wire, Amnesty.org, and others)